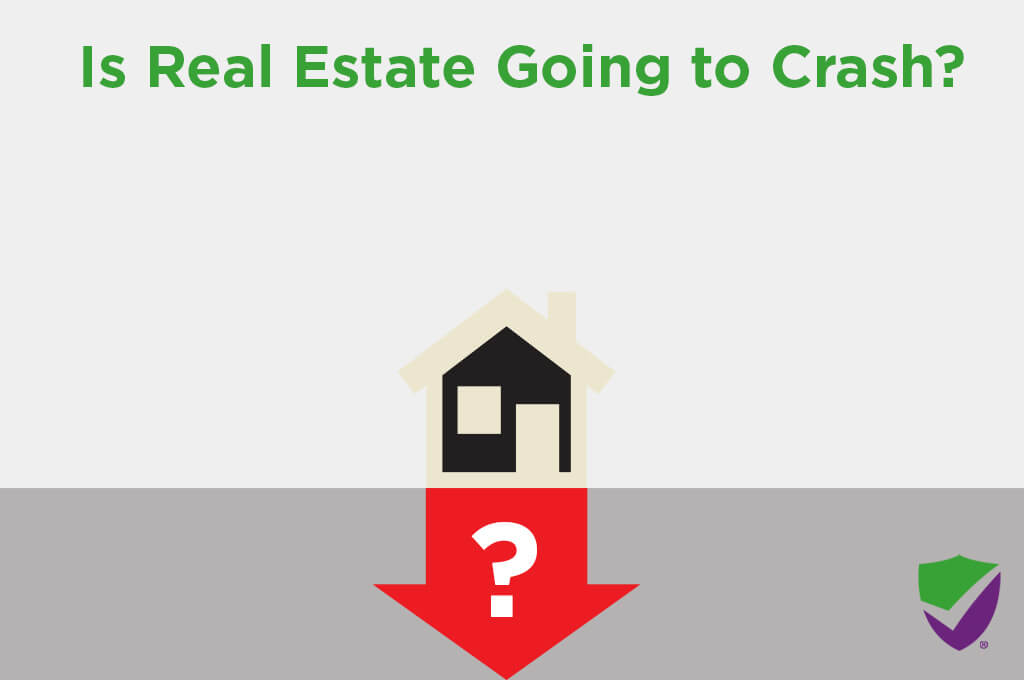 As you’re probably aware, interest rates are on the rise. Many are speculating that the housing market is going to crash just like during 2008-2009 financial crisis. I’m here to tell you that’s a misnomer. Today’s real estate market is nothing like 2008, and I’m going to explain why. Here are the reasons why I think the real estate market will not crash.

The run up to the 2008 financial crisis was based on poor lending practices. Loan officers and lenders didn’t care about an individual’s credit or ability to pay a loan back. A home buyer could just write down how much they made, with no verification of income, to get a loan (referred to as “stated income” loans.) This is what sub-prime mortgages meant – people with bad credit.

I used to joke, “if your kindergartener asked for a loan in crayon, a loan officer would show up with a check.” That’s not true anymore. After the Dodd-Frank Act loan officers and lenders are under more scrutiny. As part of good lending practices, they are no longer letting people buy homes with just stated income.

The amount of people with low credit buying homes is less now than in pre-2008. That means home buyers are credit worthy, and less likely to default.

This time there are not enough homes to go around.

According to Realtor.com over the last 10 years housing inventory has gone down from almost 1.6 million homes to 350K. Basic economics tells us, when something has a demand and an undersupply, the price goes up (or in worse case, maintains price.)

According to this article on Fortune.com, the housing market just turned ugly because of inventory. Citing Zillow inventory below pre-pandemic levels.

The number of delinquencies in real estate have gone down. That means foreclosures are down.

Right after the financial crash, all we could hear about in the news were the foreclosures all over the country. There aren’t many as now. That means less opportunity to buy depressed properties.

How are interest rates going to affect housing?

No doubt that the rise in interest rates is going to affect home prices. They will start going down, but it’s not going to be a crash like 2008. It will be more of a slight cool off, than a sharp catastrophic descent.

The biggest effect on housing will be refinancing. During the last few years, the number of refinances were plentiful. People would take money out of their homes to either upgrade their homes, pay off their debts, or just get a lower monthly mortgage payment. They say that the amount of economic stimulus from refinances was close to $400B. Those are now gone. With interest rates on the rise, there will be a lot less refinancing in the near future.

I bought my first home with a 6.50% interest rate, and that didn’t stop me. A generation before, people were buying homes with 15% interest rates. I doubt the slight rise in rates will stop many people from buying their first homes, especially with this current undersupply.

Don’t get taxed by your taxes

This is an opinion piece. If you like my take consider signing up for my bi-monthly newsletter or checking out my other other articles on taxes and real estate here.

4 ways to sell your home and save on taxes

COVID has motivated people to move from where they are living to new cities all over the country. During my lifetime, I have never seen such a mass ex...

5 things you need to know about 1031 exchanges

5 things you need to know about 1031 exchanges Most people who purchase real estate have heard the term 1031 exchange, but not a lot of people know al...

Real Estate Depreciation and your Taxes