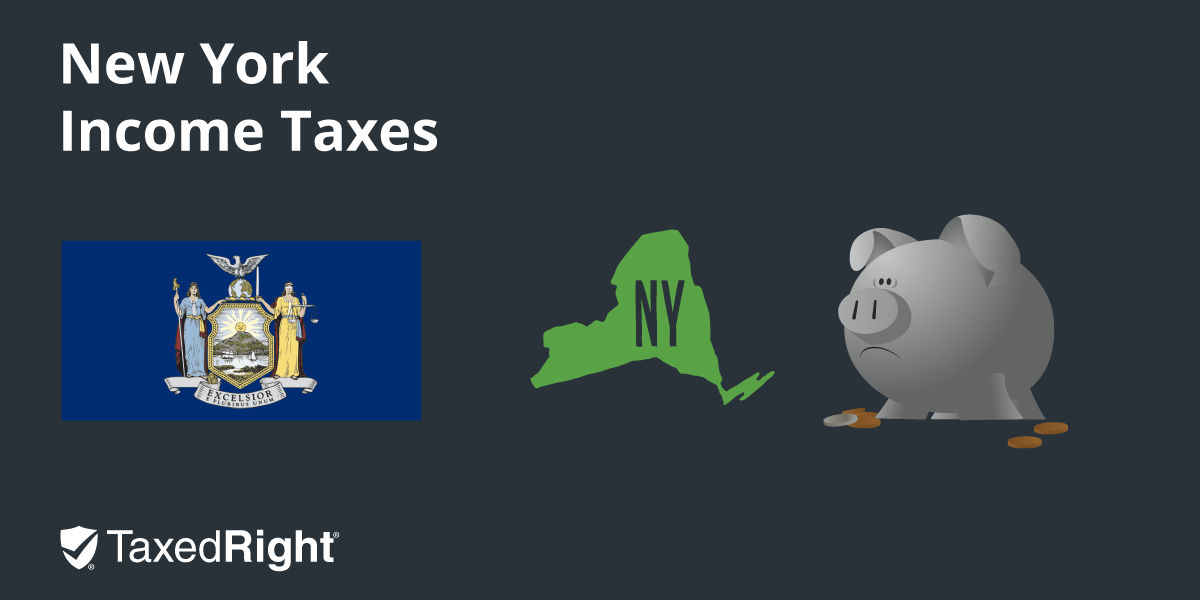 New York is one of only three (3) states that have a “tax benefit recapture”. This is where the top tax rate of 8.82% is applied to all your income if it exceeds the top tax bracket (the other two states are Arkansas and Connecticut).

The state of New York does have a business income tax (commonly referred to as a Franchise Tax), however it its calculation is not straight forward. There are three (3) tax bases in New York*** – Business Income tax, Business Capital Tax, and Fixed Dollar Minimum Tax. New York Corporations must calculate all three and pay the highest one. Below are the three (3) tax bases:

Business Income Tax – New York’s state tax is a flat tax of 6.50% on all net income. However, if you have a Qualified Emerging Tech Company (QETC) or a Qualified NY Manufacturer, your tax rate may be lower.

Business Capital Tax – In addition to a business tax on C Corporations, there is also a Capital Stock Tax called the Business Capital tax. The tax is 0.05% on Capital Assets less than liabilities attributed to assets. QETC and Manufacturers have a tax rate of 0.038%.

Fixed Dollar Minimum (FDM) Tax – the FDM tax is a Gross Margins Tax. It based on which FDM tax bracket your Gross Receipts falls under. The tax is between $25 to $200,000. QETCs and Manufacturers have smaller tax rates.

You can learn more about the brackets and various tax bases categories at the NY Department of Taxation website – here.

Learn more about the Annual Filing Fees at the NY Department of Taxation website – here.

Sales Taxes – like many states, New York has multiple sales tax rates. One at the state level and another at the local level. The state rate is 4.00% the average local rate is 4.52% (total average rate for New York Sales Tax is 8.52%).

Property Taxes in New York – the average property tax rate for residential property in the state of New York is 1.40%, which is a high property tax as far as a percent of a taxpayer’s main home.

Payroll (Unemployment Insurance) taxes are paid by business on the behalf of their employees to fund unemployment insurance to the state. It consists of multiple factors. Below is an outline of the most common ones in New York –

New York has an inexpensive  cost of opening an LLC. Here are some important facts: