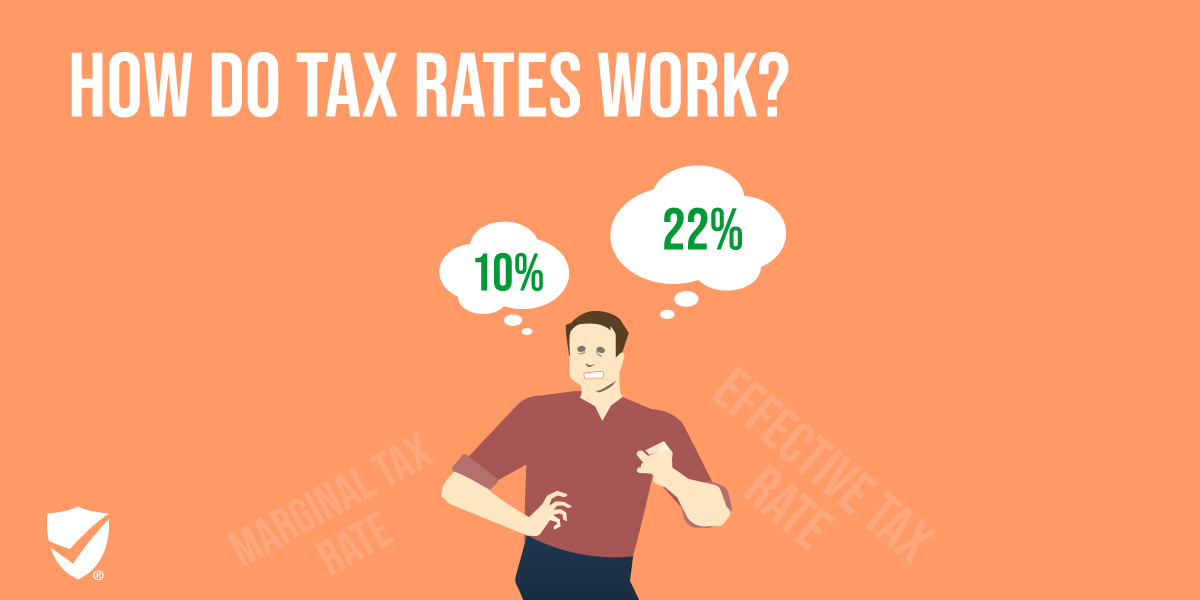 “What’s my tax rate?” This question is more complicated than it sounds. That’s because we have a Progressive Tax System. When a country has a Progressive Tax System, every person has two different tax rates. A Marginal Tax Rate and an Effective Tax Rate. I’m going to explain what the difference is so you’ll know what percentage of tax Uncle Sam is really taking from you.

Turns out before we can talk about your marginal tax rate or effective tax rate, we first need to teach you about America’s Progressive Tax System.

Simply put, as you make more money, you pay more tax at a higher tax rate. This is done using tax brackets.

Tax brackets in America are complicated because depending on whether you file your taxes as Single, Married, or Head of Household (i.e., single and taking care of somebody) your tax brackets are different.

How do Tax Brackets Work?

What is Marginal Tax Rate?

Your marginal tax rate is the highest tax bracket you are currently in. An easy way to remember is “Marginal Tax Rate = Your Highest Tax Bracket.”

In Steve’s case, he has a 22% Marginal Tax rate (because it’s his highest bucket.) Which also means the very next dollar he makes, he will pay 22% tax on.

What is Effective Tax Rate?

Effective tax rate is your actual tax rate. It’s the percentage of tax you actually paid vs the income you made. The effective tax rate formula is “Income Tax Paid” divided by “Total Taxable Income.”

Now that you know the basics of tax rates, you understand that there’s a difference between what tax you are actually paying versus what they probably tell you in the news. But that’s not all, we didn’t even include State Taxes, Property Taxes, or your Standard Deduction. In a future article we will be writing an article on how all of those things come together so you understand a full picture of how much tax you’re really paying.

On Wednesday the IRS released the amounts for tax brackets and standard deduction for 2022. They said due to the high amount of inflation, the bracket...

List of States for DMV fees Did you know that you could deduct a part of your DMV fees from your personal income taxes? That’s right, if your DM...