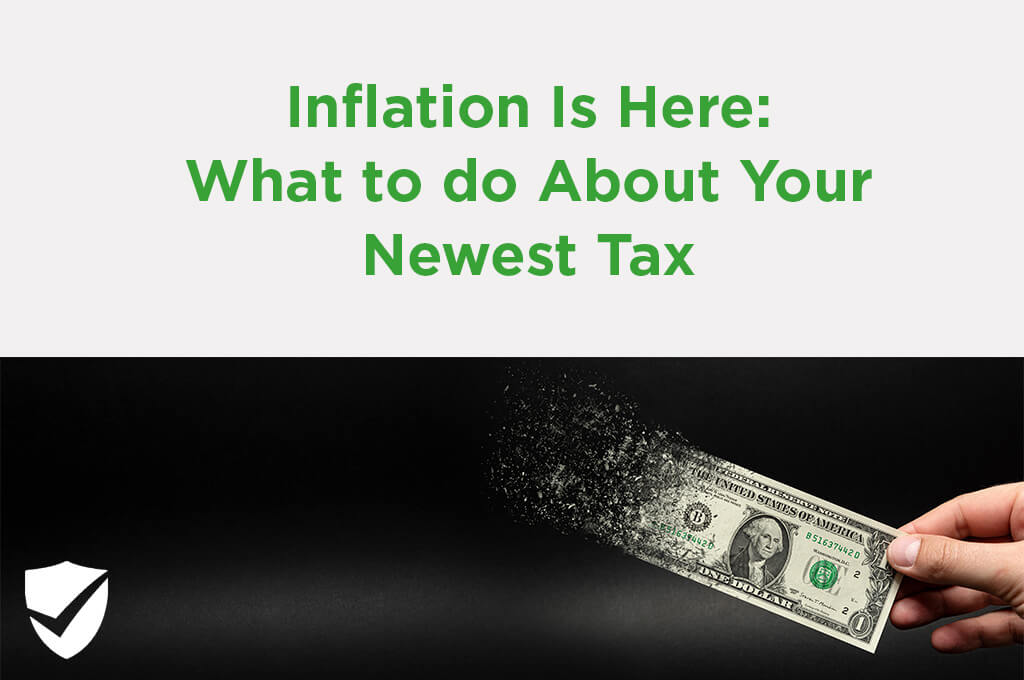 Maybe you’re a crypto billionaire, so you don’t care about money or inflation. But on the off-chance that Elon Musk isn’t looking over his shoulder at your net worth, you’ve probably noticed that inflation is everywhere – at the grocery store and at the gas pump; plus home rents are way up. But you’ve also probably heard that we’re heading into a recession or even stagflation.

Sounds good, well, actually sounds terrible, but, still, what does that mean exactly? And what can you do about it? Let’s get started.

The technical jargon: a recession is when a country has two consecutive quarters of declining economic growth. The US had a decrease of economic growth (usually referred to as a country’s GDP – Gross Domestic Product) of 1.5% in Q1 of 2022. Everyone is expecting Q2 to show another decrease, which will put us into an “official” recession. Recessions usually last for 12-18 months.

The symptoms of an imminent recession are impossible to ignore. They can include a stock market crash, bankruptcies, bank failures, foreclosures, and rising unemployment. During periods of recession, companies hold off investing in new projects, they fire people (but they call it downsizing or, even better, rightsizing), and they usually stop expanding into new territories.

Even though the symptoms of recessions and depressions are similar, it doesn’t currently look like we’re heading into a depression (but don’t quote me on that!), yet the state of the economy is depressing.

Stagflation is when we have a recession, high unemployment, and inflation—all at the same time. High inflation is bad, but stagflation is worse. Soaring prices and stagnant growth, or no economic growth whatsoever, are signs of stagflation. Here’s an example:

Picture standing in a pool, whether the water is shallow or deep does not matter, because if the water keeps rising and you cannot move—and there is no lifeguard on duty—you will drown.

The pool is the economy; the water, inflation; the missing lifeguard, the Federal Reserve; the victim, the consumer. During the 1970s, stagflation was the culmination of record-high inflation, high fuel costs, rising debt, and a weak economy. Stagflation is not yet confirmed, but it’s a threat.

How Bad is Inflation Now?

Inflation itself is not a terrible thing; it’s the degree that matters. When inflation soars, or even when it outpaces GDP growth, it becomes a tax on the poor and middle class.

The Federal Reserve says annual inflation averaging 2% is normal. Right now, inflation is 8.5%, the highest annual rate in 40 years. Couple that with generations of Americans who have had no past experience with inflation—until now. For them, inflation is no longer a concept or an abstraction; it is real, and it is really frightening.

So what should you do about it?

How You Can Personally Fight Inflation and Prepare for Stagflation

Budget – First things first, you should review your monthly finances. I know this doesn’t sound fun or sexy. That’s because it isn’t. But it’s necessary. Now is the time to prune your spending. You don’t need all those monthly subscriptions, you can browse free. You can burn your coffee all by yourself; you don’t need to get it from Starbucks every single day.

Debt management – Try and minimize variable debt. The most popular type of variable debt is credit card debt, where the interest rate changes based on how the government varies the Federal Interest Rate. This is the first type of debt you should pay down.

New Debt – Do not acquire any type of new debt.

Credit Card Balance Transfers – If you receive an offer to do a balance transfer from one credit card to another, you should consider it. Credit card companies want your business, and they will offer balance transfers like: pay a 3% one-time fee, and then no interest for the next 18 months. That is way better than the 12.49% of interest you may be paying monthly right now. This chops your interest payments instantly.

Series I Savings Bonds – If you have some extra cash, consider investing in Treasury Savings Bonds. Series I Savings Bonds are issued by the US Treasury, and they just announced a 9.62% return between now and October 2022. Keep in mind that these bonds are pegged to inflation, so if inflation goes down, so does the interest that they pay. Additionally, the maximum you can purchase is $10,000.

Will the Fed Rescue Me?

What the Federal Reserve can do is different from what it will do. The most beloved chairman of the Federal Reserve was Paul Volcker (aka “Tall Paul”) He was not only giant in size, standing six-feet-seven-inches, but a giant in stature. He had the guts to fight inflation. He did that by tightening the money supply, raising interest rates, and refusing to change course. The result was a short but severe recession, the worst of its kind at the time, followed by a massive bull market.

Tall Paul terminated high inflation. And he had the support of a popular president, even though before the recovery, he was unpopular—even hated. Democrats condemned him; Republicans denounced him; and executives couldn’t stand him. During and after the recovery, critics praised him; politicians praised themselves for backing him; and bankers called him the country’s greatest central banker. Which tells you everything you need to know about critics, politicians and bankers.

The current chairman of the Federal Reserve is Jay Powell. He is not as vehemently despised as Volcker was during the 1980s. In fact, many millennials like him and Congress recently confirmed him to a 2nd term. The question is, will he be able to act like Tall Paul or will he be a Small Paul? Let’s just say I wouldn’t bet my life savings on the second coming of Tall Paul. Or even a penny.

Now that you’ve learned ways to combat inflation, you must take action. You may not be able to do all the things I suggested, but you can do a few. Inflation is here, nobody is coming to save you, and sitting idle on the sidelines only works during good times. So make changes or the new Inflation Tax will eat your cake. Go!

Real Estate’s Not Going to Crash

As you’re probably aware, interest rates are on the rise. Many are speculating that the housing market is going to crash just like during 2008-2009 ...

Airbnb Schedule C or E: How to report your Airbnb Taxes

Owning an Airbnb or VRBO is a great way to bring in extra money, especially since they can bring in more than a traditional rental. However, there is ...