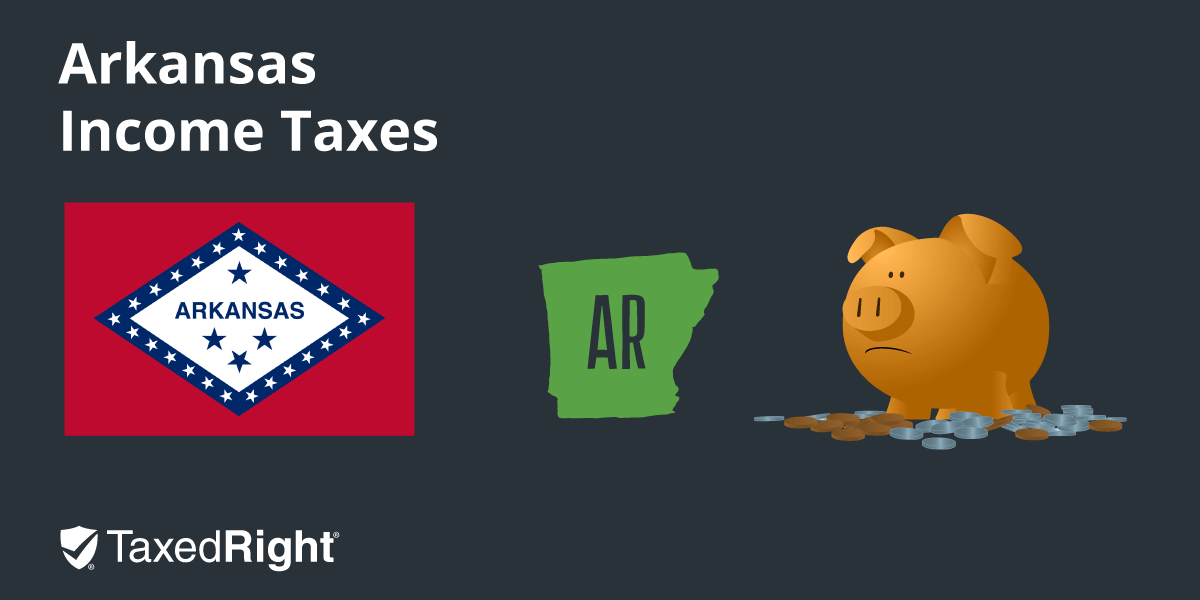 The state of Arkansas does have an individual income tax. Like most states with income tax, it is calculated on a marginal scale whose range is from 2.00% to 6.60% for 2021.

Arkansas is one of only three (3) states that have a “tax benefit recapture”. This is where the top tax rate is applied to all your income if it exceeds the top tax bracket (the other two states are Connecticut and New York.)

The state of Arkansas has a business income tax. Arkansas’ state tax is calculated on a marginal scale whose range is from 1.0% to 6.50% for 2020. For other business entities that are flow-thru entities, such as S Corporations, Partnerships, LLCs, etc., since it flows-thru to the individual level, there is no business tax on those entities. In other words, the tax is accessed only on C Corporations.

Sales and Property Taxes in Arkansas

Sales Taxes in Arkansas – Like many states, Arkansas has multiple sales tax rates. One at the state level and another at the local level. The state rate is 6.50% the average local rate is 3.01% (total average rate for Arkansas Sales Tax is 9.51%). Arkansas has the 3rd highest combined sales tax rate in the country (behind Louisiana and Tennessee).

Property Taxes in Arkansas – the average property tax rate for residential property in the state of Arkansas is 0.61%, which is below the national average of 1.03%.

Unemployment taxes usually consist of three factors. They are: the wage base, the range of UI rates, number of schedules. Below is an outline of the three:

Arkansas is one of the more expensive states in regards to opening an LLC. Here are some important facts:

State Income Taxes in Mississippi The state of Mississippi does have an individual income tax. Like most states with income tax, it is calculated...

Missouri is favorable taxwise. According to TaxFoundation.org they rank #12 in the United States. For your convenience, we’ve provided you the most ...

State Income Taxes in Oklahoma The state of Oklahoma does have an individual income tax. Like most states with income tax, it is calculated ...