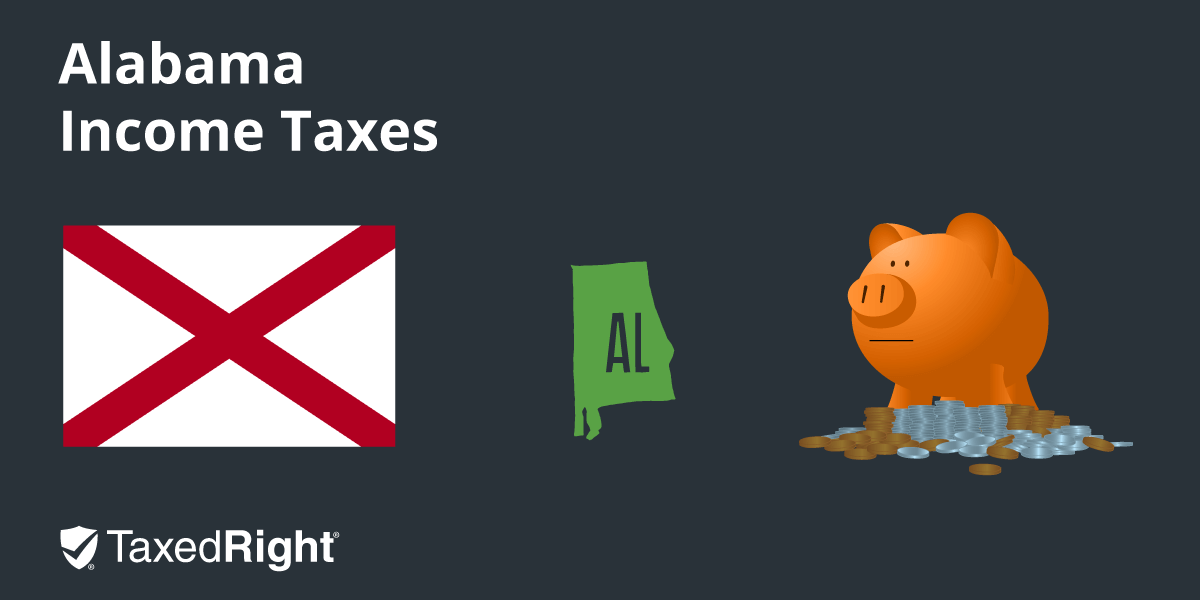 State of Alabama is not a very favorable state for taxes. According to TaxFoundation.org, they are ranked #41 overall. For your convenience, we’ve provided you the most common information regarding Alabama’s various taxes.

Alabama’s State Income Tax Rate is calculated on a marginal scale. That means that it has different brackets that range from 2.00% to 5.00% for 2021. Alabama’s tax brackets are:

Alabama also has a local income tax that is imposed by city or county. On average the Local Tax is 0.10% of Adjusted Gross Income.

The state of Alabama has a flat Corporate Tax rate of 6.50%. For other business entities that are flow-thru entities, such as S Corporations, Partnerships, LLCs, etc., they are taxed the individual income tax rates between 2.00% to 5.00% (max).

Sales and Property Taxes in Alabama

Sales Tax – Like many states, Alabama has multiple tax rates. One at the state level and another at the local level. The state rate is 4.00% the average local rate is 5.22% (total average tax rate for Alabama Sales Tax is 9.22%).

Alabama refers to its yearly LLC fee as a Privilege Tax. Here are some important facts:

State Income Taxes in Florida The state of Florida does not have individual income tax. One of only nine (9) states in the union with no individual i...

State Income Taxes in Mississippi The state of Mississippi does have an individual income tax. Like most states with income tax, it is calculated...

State Income Taxes in Georgia The state of Georgia does have an individual income tax. Like most states with income tax, it is calculated on...