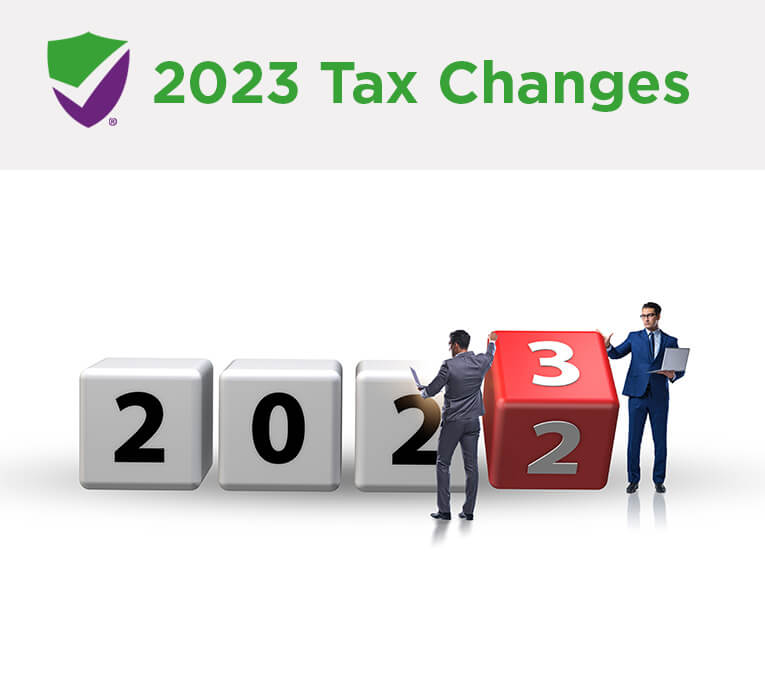 It’s a new year and with that comes new tax changes. Some good, and some terrible. In case you haven’t read, the IRS got $80 billion dollars. Whatever the IRS is up to this year, you must be prepared so you can strategize, save, and send the IRS less money.

1099-K Reporting is Postponed by One Year

The IRS has announced that they are putting off 1099-K reporting for another. This is great news for people that receive money from apps like Venmo and Cash App. This means we have one more year to see if the lawmakers listen to the people (who have come out against it.) In my opinion, the IRS decided that they didn’t want to deal with the headache, and they’re hoping that Congress will increase the threshold from $600 up to something like $5,000. In fact, let’s hope they increase regular 1099s too and not just 1099-Ks.

Just like the standard deduction, these are also index for inflation. The new maximum you can contribute is $6,000 ($7,000 if you’re over 50) per person. But before you get too excited, there are rules. If you make too much money, the IRS doesn’t like that, and they don’t give you a deduction. So, check with your CPA before funding one. Also, you may consider funding a Roth IRA instead of a Traditional IRA. If you want to learn the difference, you can learn more about it here.

If you’ve been following my blog, you know that I’ve written about the new electric vehicle (EV) tax credits and energy tax credits. Here’s a quick refresher:

To learn more of the details about, check out my article on New EV Tax Credits.

To learn more about the details and see some examples, see my article on Energy Tax Credits.

Unless you’re living under a rock, you’re aware the IRS just received $80 Billion in funding to hire 87,000 employees over the next 10 years. Sounds scary, but it’s not as scary as they want you to think.

First, this is over 10 years. That’s 8,700 new employees a year. A lot of those employees are going to be hired for departments that having nothing to do with auditing or collections such as: programmers, secretaries, service center workers (mail clerks), etc., etc. So, the number of auditors will be much less than what’s represented in the news.

Another thing that doesn’t get attention is the IRS is losing 50,000 employees, to retirement, in the next 10 years. Additionally, some Congress members are already trying to reduce this $80 Billion dollar funding. Don’t mistake me, there will be more IRS audits in the next few years, but not as intense as they want you to believe.

For those of you that don’t know what Bonus Depreciation is, it’s a special depreciation rule that allows you to deduct the entire cost of equipment and improvements that normally have to be depreciated over 5, 7, or 15 years. As part of Trump’s Tax Reform, bonus depreciation is supposed to be at a rate of 100% for five years and then decline 20% per year until it’s completely gone.

For example, you make leasehold improvements to a building for $20,000. Normally you would deduct that over 15 years, but with 100% Bonus Depreciation, you get to deduct the entire $20K in your first year.

But don’t worry, you may still qualify for another special 100% deduction called the Section 179 Deduction. This allows you to deduct the entire expense in one year, but there are more rules regarding Section 179 than there are with Bonus Depreciation. So, kake sure to check with your CPA to see if you qualify.

The IRS increases the amount that you can put away for retirement every year. Because of inflation, the increases are larger. That means you can save ...

It’s easy enough for a financial advisor to tell you to start saving for retirement sooner than later. That sounds great, but how do you actually do...

The recent Inflation Reduction Act made changes to energy tax credits. Some of the big changes were tax credits for Electric Vehicles (EVs). In our la...